Who Benefits from Donations to Black Lives Matter- Shocking Information

Black Lives Matter is a recent social movement and protest that started after the police brutally murdered a black man. People held the police responsible for the killing of a black guy based on racism. The video went viral on social media, and many people worldwide started a non-violent protest against the police. This movement protests against racism and violence towards African people and BLM Mission clearly states that. It is unfortunate and shameful to see that police meant to protect the people are involved in racism and brutality. This movement is gaining recognition and popularity because of all the protests and social media platforms promoting black lives matter.

Who Benefits from Donations to Black Lives Matter?

Black lives matter is a movement that has been made to protect the rights of black people. Black people all around the world have been a victim of racism and brutality. They are considered criminals, which is wrong, and this movement was established to protect their rights. To support this movement, many different organizations and NGOs are working to collect donations from different people and make sure it is spent on Black people’s betterment. Many different celebrities are showing their support and are donating vast amounts of money towards BLM movement. The primary question and concern in the minds of many people are who benefits from this movement? The donations being made in favor of this movement have skyrocketed, and people are concerned if the money is even being spent on this matter or not. Many conspiracy theories are going around that political committees are benefiting from this movement. Still, the activists that are working in favor of this made clear that all this money is going to different charitable institutions and not to the Democratic National Committee. It has been made sure that all the gathered money is being sent to various charitable organizations that ensure that black people’s rights are protected.

A research center conducted a survey, and the results were excellent as the majority of people showed support for this movement. Many celebrities all around the world are promoting and showing their support for black lives matter. Apart from offering support, a website has been made to donate money to show your support for the black lives matter movement. This money will be given to all African people who have been victims of racism and violence. There are many different organizations and NGO’s that are working for this movement. You can donate money to such organizations and NGOs, and they will make sure that the money is spent on the betterment of black people. The black lives matter movement is snowballing, and people donate much money for this cause. Many celebrities showing their support have contributed an enormous sum of money towards this movement because it is time when black people are treated equally, and their rights should be protected at all costs.

Homes today are seen as a fashionable piece, as homeowners would go to any length to make their homes look stylish. Nothing is more comforting than a home with style. It gives the homeowner a sense of ego and relaxation.

As much as this applies to the entire house, the bedroom is given the most attention because it is a man-hive, an essential space in the house. Most importantly, it accommodates the most critical piece in a home, the “bed.” Half of a man’s life is spent on the bed, so why spare expense where it has to do with sleep.

If you are looking to bring comfort to your bedroom, then you should go for stonewashed linen bedding. This chic home idea was born out of the need for sleeping comfort and style. Stonewashed linen depicts excellent linen that has been pre-washed before use and gives the bedroom a chic look. Here are more chic ideas that would give your home an exceptional beauty:

END_OF_DOCUMENT_TOKEN_TO_BE_REPLACED

Ways To Save Natural Resources

As populations the world over continue to grow, the pressure on land and other natural resources increase. People need somewhere to live. People need food to eat. People need to be entertained. People need to invent stuff and produce stuff. People tend to forget that they are not the only living things inhabiting this planet we call home.

As a result of man’s activities, the pressure on the environment has led to some drastic changes as nature goes against itself to accommodate all of man’s whims and wishes. Some of these changes have proved catastrophic for example, extreme weather changes that have led to droughts and famine, tropical storms that have destroyed lives and properties and some species have gone extinct because their habitats have been encroached on by human activity.

Can we reverse these disasters? Can we put an end to them? In the very least can we prevent our planet from further plummeting into this grim future? When many people are presented with the idea of nature conservation they think that it is too big a task for them to take on. That is the work of the government, they reason. What could an individual like me do to prevent global warming or drought?

What can individuals do to conserve natural resources?

Well, in this article, we are going to explore both the little things individuals can do and the big projects that governments can undertake to control further depletion of our planet. Beyond participation in a few rallies and writing a few motivational lines on your social media on earth day, here are a few ways to actively participate in saving our natural resources. https://youtu.be/B-nEYsyRlYo

1. Did you know that you can conserve water at home? Turn off faucets when you are brushing your teeth, wash only full loads of laundry, only turn on that dishwasher when it is full, harvest rainwater. You can also install water efficient shower heads, do not water drylands during the water when the water will just evaporate away. Make it a point not t dump waste in rivers and lakes as it destabilizes the ecosystem. Do anything in your power to avoid wastage of this precious resource.

2. We have heard time and time again that plastics are dangerous. They clog up water bodies, sea animals choke on them and they do not decompose for a long time and emit dangerous gases while at it. Here is how you can minimize the damage. Always reuse your plastics. Pack your food in reusable dishes. Use your plastic bottles again. See more on the damage plastics do here.

3. Reduce your carbon footprint. Can you walk to a place? Great d that instead of driving to and fro. Or you could carpool, or even take the bus or train. This way, there is less pollution from exhaust fumes released in the air and the environment will be all the much better for it.

What is the role of governments in the conservation story?

There are also big things the government can do to aid conservation efforts. Here is a look at some of those things.

1. Governments draft laws on conservation for example, certain areas are gazetted as conservation areas and people are not allowed to cut down the trees, hunt the animals or even live in those areas. Rangers are deployed in those areas to make sure that the law is not broken and there are repercussions for trespassing on those areas.

2. Massive sensitization campaigns should be organized by authorities to educate the people on the effects of global warming and how doom can be averted.

3. One cannot deny that some of the activities that lead to abuse of natural resources are valid. Some areas are overcrowded, the need for fertile farmland. The need to conserve often conflicts with the need to survive. But the governments can come up with programs to ensure that there are resources for use in the future and this is through sustainable development models. 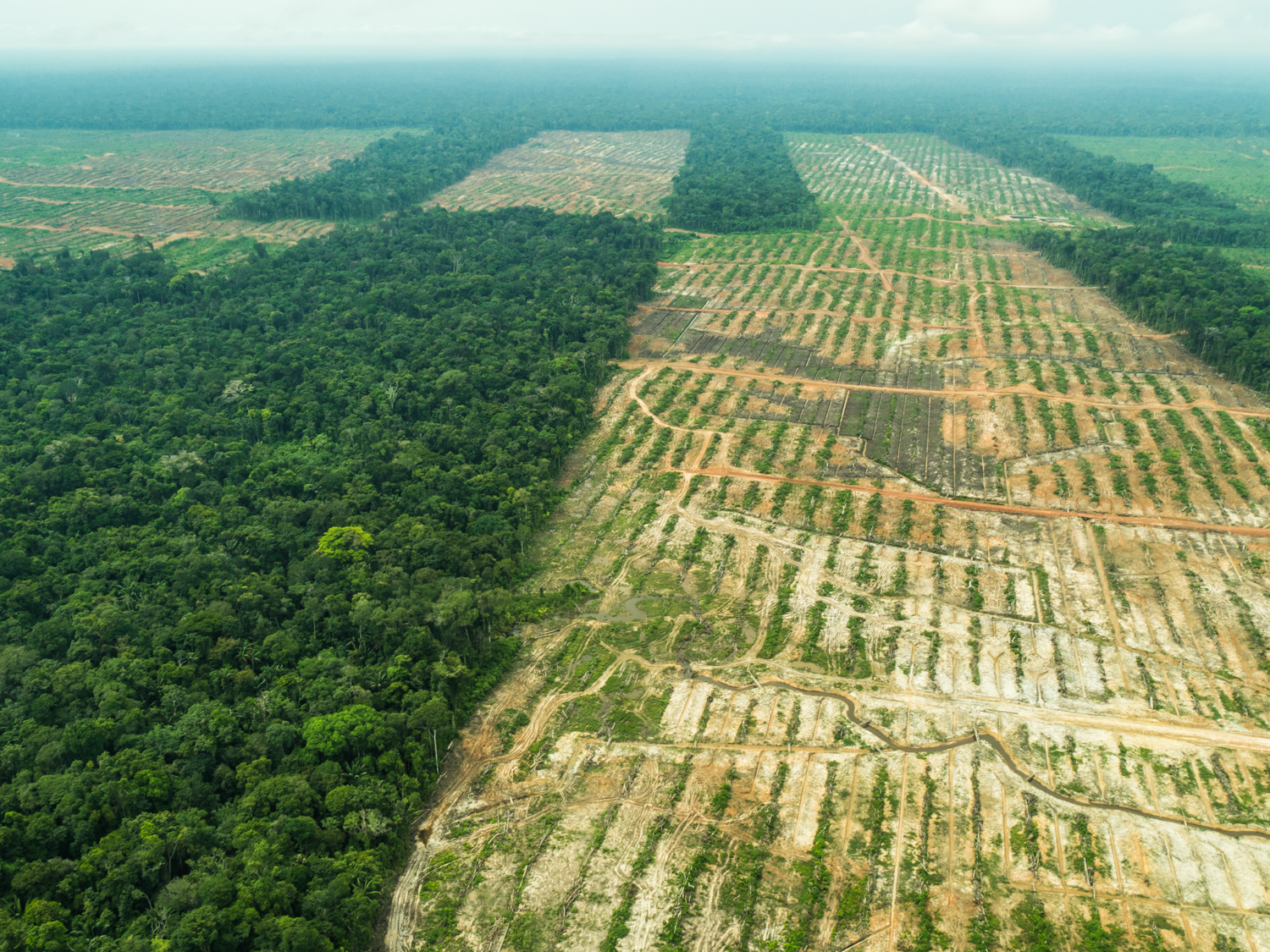 4. Provision of alternative sources of power like solar or hydropower is a great way to reduce the pressure of relying on natural gas as the main source of power for homes or industries. Such huge projects may be too big to be undertaken by individuals and that is where the relevant authorities must step in.

The efforts towards conserving natural resources should be a joint effort between both individuals and governments.

What is Human Dimensions in Natural Resources?

What is Human Dimensions in Natural Resources?

Human dimensions in natural resources is an area of study that looks into how human knowledge and attitudes towards natural resources affect how natural resources are managed. Some universities offer this as an entire masters course in the area of natural sciences because it has become such an important field in light of the increasingly pressing issues of climate change, deforestation and food scarcity. It investigates the socio-economic aspects of tackling environmental issues.

Human dimensions in natural resources seek to understand and forecast how human thoughts about our natural environment can influence the shaping of environmental policy and regulations. This area of study borrows ideas from several disciplines such as economics, psychology, sociology, politics, geography and environmental studies.

How do we use our understanding of human behaviour to better manage our natural resources?
As we all know, our natural resources are limited while our population keeps growing. In 2019, the world populations are already 7.7 billion with a net increase of 81 million people. This means that human dimensions of natural resources are even more important now than ever before because we have an increasing number of people competing for limited resources. This will lead to conflicts and hence need proper management, policy and regulation.

Human dimensions in natural resources deal with a myriad of issues, some of which include:

• How do we tackle issues such as hunting of animals? How do we decide who gets permission to hunt and which animals are protected?
• How do we decide how to compromise between increasing needs of land and other natural resources like oil with the detrimental impacts they have on our planet, such as climate change and deforestation?
• How do we regulate carbon emissions without hurting or discouraging growing businesses?
• How do we tackle human overpopulation without compromising human desires and freedoms to have a large family?
• How do we encourage the use of renewable resources without hurting workers and businesses built around fossil fuels?
• How do we better communicate environmental and climate change concerns with people who are overwhelmed with poverty and who can’t afford to take action to help the environment?
• How do we tackle issues surrounding food scarcity and the problems around factory farming without compromising people’s desires to eat what they wish?

These are all extremely complicated, multi-dimensional issues that need experts from various disciplines coming together and having an informed discussion to solve these problems. These problems need insights from environmentalists, politicians, economists, education institutions and of course, the public.

Lastly, we must never underestimate the importance of factors like education, culture and economic conditions on people’s attitude on how to tackle pressing environmental issues. For example, it is not surprising that people living under crippling poverty are less responsive to environmental issues. Mainly because they can’t afford to think about climate change when they’re struggling to put food on the table and also because methods to tackle environmental concerns can be expensive. Eating a diet full of fresh, organic fruits and vegetables can be great for the environment, but in many countries, such a diet is very expensive to maintain.

So, the study of human dimensions in natural resource management is extremely complex and multi-dimensional. Studying them takes time, so the real issue is, do we have enough time to thoroughly study human behaviour and enact policies to prevent irreversible environmental damage?